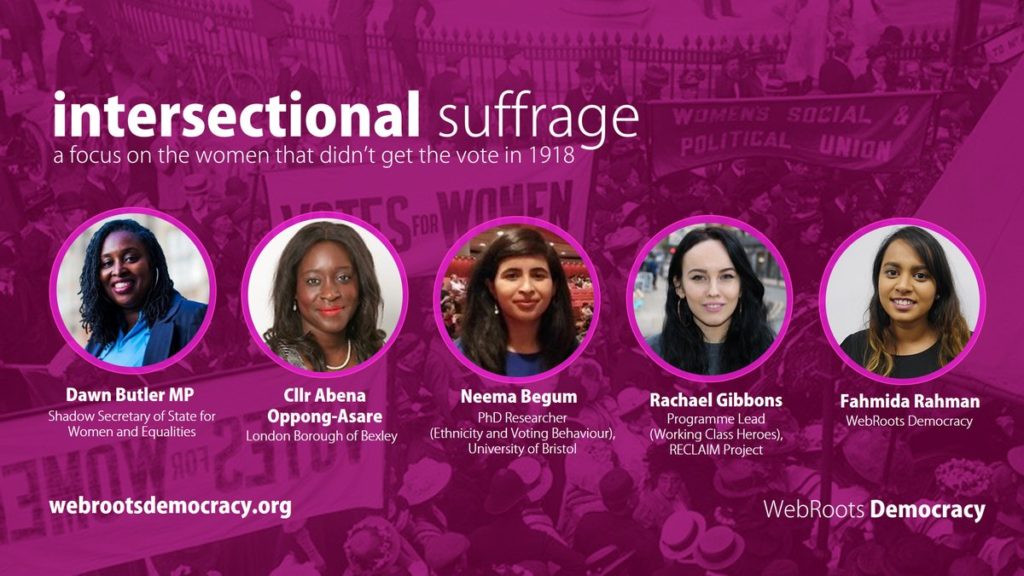 Intersectional Suffrage: A focus on the women that didn’t get the vote in 1918.

Join us on the 20th of February as we learn more about the women who were denied the vote in 1918 and to explore current voting behaviour and political representation across class, gender, and ethnic divides in 2018.

Further speakers to be announced.

Spaces are limited and your name will need to be on the guestlist in order to attend.