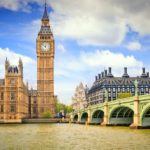 The vital restoration and renewal of the Palace of Westminster is due to take place within the next 5 years and was debated in the House of Commons on 25th January (it can be watched online here).

A debate pack published by the House of Commons Library gives a detailed overview of the issues at play including information about how and when this will take place and how much this will approximately cost. Currently,  the most viable solution would be a  full decant of parliament to allow these  maintenance works to take place.

This project will inevitably affect many of us and this page aims to highlight the most frequently asked questions and provide you with the answers you need.

Why is the Restoration and Renewal project needed?

The Palace of Westminster is currently in desperate need for complete restoration. These vital works have been in the offing for several years, with the last maintenance works taking place after damage during WWII. Due to this, many of the fittings within the Palace are in need of modernisation. The heating, ventilation, water drainage and electrical systems are extremely antiquated, posing a huge risk of fire and floods. Health and safety is obviously paramount, however, these systems, and the high levels of asbestos throughout the building, are posing an unnecessary risk. Lack of maintenance and pollution are also causing extensive corrosion to stonework and drainpipes, resulting in damage to ceilings and other fittings.

What options have been suggested for this project?

Three main options were suggested by the appraisal team, these were:

What was the Joint Committee’s main recommendation? 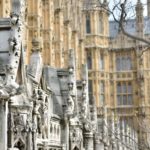 The Joint Committee on the Palace of Westminster was appointed to consider the restoration and renewal of Westminster. It was required to make recommendations in two areas: the broad scope of the work to be carried out and how the work should be delivered.

On 8th September 2016, the committee concluded that “in principle, a full decant of the Palace of Westminster presents the best option under which to deliver this work.”  (taken from Restoration and Renewal Debate Pack ) This option offered the safest, quickest and most cost effective option for the vital maintenance works to take place. It would also provided the greatest opportunity for meeting the needs of a 21st Century Parliament building.

The appointment of The Delivery Body (which would take the programme forward) and a Sponsor Board (which would oversee the project, ensuring it met its objectives) would be the next stage in the Restoration and Renewal project, but these can not be formed until both houses have decided on a course of action.

What will the proposed recommendation mean in practice? 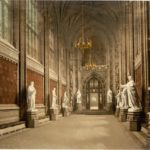 By Snapshots Of The Past [CC BY-SA 2.0 (http://creativecommons.org/licenses/by-sa/2.0)], via Wikimedia Commons

The recommendation suggests that accommodation for both Houses should be located as close to the Parliamentary Estate as possible and make use of existing buildings. Primary concerns are keeping costs low and security high.

In practice, this means the  temporary chambers will be designed to look similar to the current chambers, with the same layout, floor space and division lobbies (although fixtures and fittings will not be as elaborate as in the current Chambers). Richmond House has been identified to potentially house the House of Commons and also to provide office accommodation. Their is also discussion of using the Royal Gallery as a chamber.

There will still be space for members of the public to watch parliamentary proceedings in person and for them to  meet their elected representatives. However, some ceremonial events may need to be adapted or held in alternative locations. Overall, the main objective of the Joint Committee is to cause as little disruption as possible for all concerned.

A renovated Palace would serve as the continued home of the UK Parliament as well as an important UNESCO World Heritage Site. It would contain all the services needed by a modern, accessible, accountable parliament, with better, safer access for those who work in and visit it.

The restoration would reduce the current risk of interruption to Parliamentary business and would address: